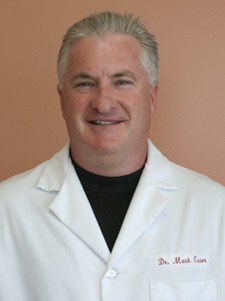 Dr. Mark Esser graduated from the University of Pennsylvania School of Veterinary Medicine in 1986, and joined Dr. Rothman as an associate that same year. He became owner and director of the practice in 1991 with Dr. Rothman still on staff.

Originally from Erie, Pennsylvania, Dr. Esser became interested in veterinary medicine while in high school, and vigorously pursued his education in the sciences, earning a degree in biology from Gannon University in Erie and a Master’s Degree in biochemistry from Kansas State University before attending veterinary school at Penn.

In his twenty years of practice at Rothman Animal Hospital, he has cared for thousands of animals, including birds. reptiles and other exotics. “There’s always something different every day,” he says, noting that working with so many species and so many pet owners has been one of the most rewarding parts of his job.

Under Dr. Esser’s direction, the hospital built its new facility, utilizing state-of-the art systems designed for the highest level of medical care. He strives for perfection in everything he does, including maintaining impeccable standards of cleanliness and accessibility for clients and their pets.

Dr. Esser and his wife, Kathy, live in Moorestown with their son Dylan, 4 dogs and two very lucky cats, Dora and Diego, whom his family adopted after they were abandoned on the hospital doorstep.

Back
Go to Top